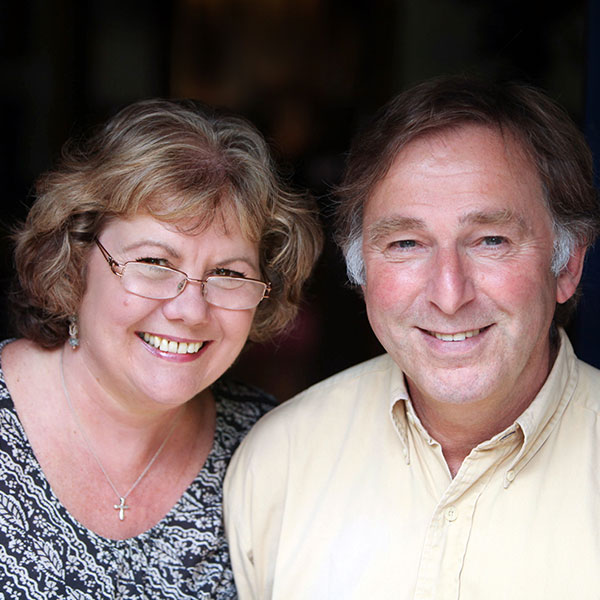 In the early 2000s we used to run a church Home Group that usually ended up with pizza around our kitchen table at about 10pm. People would (eventually) go home but invariably there’d be folk who needed extra prayer and they’d stay behind. It was often the same issue that cropped up week after week. We knew there had to be a better way.

In 2006 we headed off to Waverley Manor in Surrey (the wonderful Selwyn Hughes’ HQ) to attend an introduction to Counselling, to see if this was what we were being called to. The next year we travelled over several weekends to the House of Bread in the Forest of Dean for a Christian Counselling course. It was excellent training but not quite right for us. And then through various connections we came across Dawna de Silva and Sozo, attending what turned out to be the second Basic Sozo training held in the UK (in 2009), at the Haven Church in Birmingham. Right away we knew that Sozo was for us. it was fast, effective and got to the roots of issues. More importantly, it helped people to gain an understanding and connection with Father God, Jesus and Holy Spirit. After that kitchen prayer times were never the same again as we helped people hear from God for themselves.

When we’re not travelling we live and work in Wiltshire UK, on the edge of Salisbury Plain, midway between Bath and Salisbury. Our son, Oli, is a professional drummer and lives about an hour away in Bristol (www.olidrums.co.uk). We attend Life Church Bath, where Anthea heads up the Sozo team and is one of the Life Group leaders. She loves the prophetic and is also an intercessor. Darrell is a writer, keen twitcher and photographer, loves books and reading. Both have a love of classic and vintage cars, having owned several over the years.

For updates, special offers and all our events, simply fill in the form below and you'll be the first to know about events in your area, the publication of new events and our regular ministry videos as they are published.

...or connect with us on social media